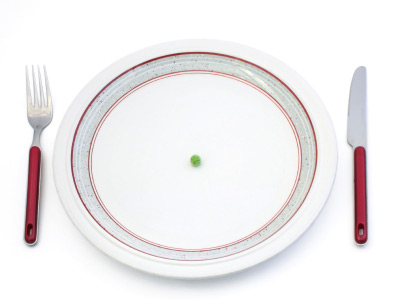 Eating disorders are commonly found in females from adolescence to middle age. Even though there is a lack of statistics from people hiding their problems, many men, children, and older adults also deal with having an eating disorder. An eating disorder is mainly characterized by someone who is terrified of gaining weight, becoming fat and has a strong desire to be thin. The two most common eating disorders seen especially in athletes are anorexia nervosa and bulimia.

Anorexia nervosa is mainly caused by a distorted body image and an intense fear of becoming fat or gaining weight. This disorder mostly affects females and can begin in early adolescence. Even though, he/she sees him/herself as being really fat in actuality they are extremely thin usually weighing about 85% or less of his/her expected height and age. To become even thinner, the individual will avoid food or divide food into “safe” or “dangerous” categories. The anorexic will excessively and compulsively exercise even when they become extremely tired, to rid him/herself of any ingested calories. You will also find that the individual will show signs of depression, irritability, low self-esteem but strives for absolute perfection. He/she would rather help others and put others first rather than him/herself. Some individuals might actually be very dependent on loved ones while others claim to be very independent but feel very out of control in every other aspect of his/her life except where food and weight are concerned.

Bulimia is an eating disorder characterized by periods of starvation followed by binging on thousands of calories and the finally purging those ingested calories by vomiting or using laxatives. This is called a binge-purge cycle and is kept very secretive. Mainly an individual with bulimia has little self-worth but believes this is defined by being thin. Unlike anorexics, bulimics are usually of normal or near-normal weight. The individual tries to be a perfectionist by being obedient, over complaint, highly motivated, and successful in both academics and athletics but underneath he/she is depressed, lonely, ashamed, or has a feeling of emptiness. These underlying feelings make individual feel that food is their only comfort. One thing that separates these two disorders is that most bulimics have a problem with impulse control and give little to no consideration for the consequences of his/her actions.

Towson Sports Medicine continues to address physical rehabilitation
of those in need.

We do this by restricting the number of patients in our clinics and strictly abiding by all CDC recommendations.

We are also able to offer remote services by means of phone calls and/or video conferencing.  The offering of these services is dependent on your insurance.

Do not hesitate to call if you have any questions or would like to have your therapy needs addressed by one of our therapists at any of our locations.

We respect your privacy. Your information is safe and will never be shared.